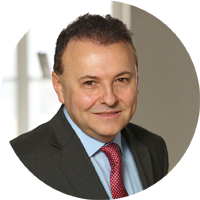 Professor Witold Orłowski is the PwC Chief Economic Adviser in Poland. In 2011 Professor Orłowski was appointed Special Adviser to the European Commission on budget.

Professor Orłowski graduated in Economics from the University of Lodz and Harvard University. He received his doctoral habilitation from the University of Warsaw, presenting a book titled The Road to Europe: Macroeconomics of the EU Accession which became the best book in the field of the theory of economics and finances according to Bank Handlowy in 1998.

After the period of academic work, in 1991-1993, he was employed in the Bureau for European Integration, participating in negotiations on the association agreement between Poland and the European Union. In 1993-1997 he was working in the World Bank, in the department for Central Europe where he was comparing the paths of transformation and European integration in the countries of the region. In the following years Professor was an adviser to government institutions: Member of the Macro-economic Policy Committee at the Polish Ministry of Finance, adviser to Leszek Balcerowicz – former Deputy Prime Minister, advisor to the Minister of Economy and to Chief Negotiator for the Accession to the European Union. He was advising business and international organisations as well. In 1997 Professor Orłowski cofounded the Independent Center for Economic Studies (NOBE). He held the post of Director of the Research Centre for Economic and Statistical Studies of the Central Statistical Office and the Polish Academy of Sciences (PAS).

Professor Orłowski performs the function of Secretary of the Scientific Council of the Polish Economic Society, Member of the PAS Committee on Economic Sciences and the PAS “Poland 2000 Plus” Forecast Committee.