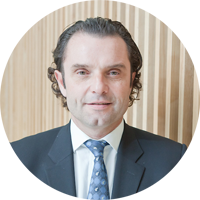 Prof. Eric Cornuel is the President of EFMD. He started his career as an entrepreneur by setting up a hydroelectric power plant in France when he was still a student. He was also the Director of the HEC Institute for Central and Eastern Europe. From 1997 to 1999, he served as Dean of KIMEP, at the time the leading business and economics school in Central Asia, where he was awarded an honorary professorship. He has taught for over 20 years at various management schools in Europe and Asia, holding the positions of Affiliate Professor at HEC Paris and Professor at the Catholic University of Louvain. Besides, he received honorary professorships at Mirbis as well as Warsaw University of Technology.

Eric’s key qualifications are in the areas of strategy, international management, and entrepreneurship, and he is a regular contributor to the leading management journals and global media. His latest book, “Business School Leadership and Crisis Exit Planning”, was published by Cambridge University Press in 2022, and “Leading Business Schools”, co-edited with Rolf Cremer, Howard Thomas, and Julie Davis, published by Routledge, will be released in 2023.

Prof. Cornuel has received several awards, including, in 2018, the Magnolia Award from the city of Shanghai and the French National Order of the “Légion d’honneur.” He also received awards from PRME and CEIBS as well as the John Fernandes prize for entrepreneurship in management education and the Koźmiński University personality of the year award.

He holds a degree of Sciences Po from IEP Paris, an MBA from HEC Graduate School of Management in Paris, and a DEA in strategy and management from Paris Nanterre University, together with a Doctoral Certificate in Strategy from HEC Paris and a Ph.D. in management, written on international network organizations, from Paris Dauphine University.