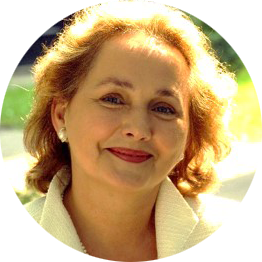 The doctorate in health care management obtained in 1980 at the age of 29 is an important stage in the realization of her dream – the desire to act to improve the effectiveness of treatment in Poland.

The fulfillment of this dream was facilitated by training in Tokyo in 1990 at the invitation of the Japanese government. Getting to know the health care management system and the original centuries-old culture and tradition of the inhabitants of the Land of the Rising Sun, people with the longest expected life period in the world, not only gives you admiration but also gives you a rich injection of unique knowledge. Very inspiring. Like the 1991-1992 postgraduate studies in health economics at the University of Tromsø in Norway (the northernmost university in the world). The result is a deep understanding of many healthcare systems in the world and the changes introduced to improve the effectiveness of treatment.

She uses the acquired knowledge in practice.

As an Advisor to the Deputy Prime Minister, since 1991, he actively participates in the Office of the Council of Ministers in the work of changing Poland’s economic system from socialist to market. She performs this function for six years.

In the years 1995-1996, she is an expert on the European Union within the PHARE program: “Reform of financing and organization of health care in Poland”. She also studies health systems in Great Britain, Spain, and Denmark. At the same time, he is studying the issues of European integration in Poland, Denmark, and the Netherlands. In 1999 he obtained a diploma in European Integration at the University of Warsaw and the University of Maastricht in the Netherlands.

Since 1997, he has been participating in the work on local government reform, social security, and healthcare reform in the Chancellery of the Prime Minister. A beautiful culmination of joint efforts is the introduction in 1999 of a program of four reforms by the government of the Prime Minister, prof. Jerzy Buzek: education, pension, administration, and health. She is proud that she participates in these changes – in “changing the face of the Polish land”.

Many breathtaking moments are associated with my work in the years 2001-2007 at the Ministry of Health as the Undersecretary of State. With colleagues, for over 6 years he has been building and modernizing hospitals, clinics, and universities. She invests in the development of medical personnel, modern equipment, apparatus, health policy programs, organ transplants, and drugs. It ensures consistency of health protection with EU regulations. She cares for the equal rights of Poles to treatment in the European Union countries.

In 2005, he co-organizes the European Network on Fraud and Corruption in Healthcare. It is an international organization based in Brussels. Its task is to fight corruption, fraud, and losses in the healthcare sector and to build an anti-corruption culture – to improve the operation of health systems for the benefit of patients.

It doubles government spending on health. In 2007, it manages a budget of PLN 4.2 billion.

She is also passionate about sharing knowledge.

Since 2010, she has lectured at the Warsaw University of Technology Business School as part of the Pharmacoeconomics, HTA, Marketing, and Pharmaceutical Law Studies.

Since 2016, she has been giving lectures at the Medical Center of Postgraduate Education for doctors during their specialization in a wide range of courses: medical law; public health; the basics of macroeconomics; economics; health economics; health policy; health care organization, and financing.

Since 2018, at the Medical University of Warsaw, she has been transferring his knowledge of safety in healthcare to doctors who specialize in clinical transplantation.

She has been teaching at eMBA since 2019. He cooperates with the Prometriq Academy of Management in Sopot. She is the author of the textbook “Counteracting corruption in health care” as part of the eMBA series.

She is also heavily involved in volunteer work.

She participates in projects related to the development of economic and cultural cooperation between Poland and Japan. In the years 2009-2015, a member of the Management Board, and Secretary of JAAP (Japan Training Alumni Association).

From 2013 to 2019, she was the Vice-President of the Polish Society of Health Economics.