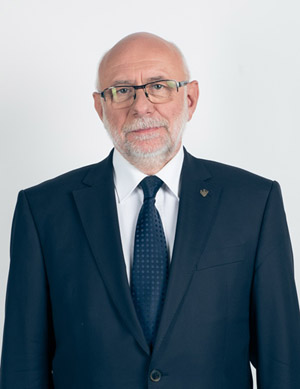 “The WUT Business School was established in 1992 as the result of a joint initiative by Warsaw University of Technology and three other internationally recognised academic institutions: London Business School, HEC School of Management (Paris) and the Norwegian School of Economics (Bergen). Since then it has continually developed its educational offer.

The idea underlying the creation of the School was to build a strong centre for managerial education, based on the experience and resources of the four founding institutions. Over time, the School launched several programmes of studies aimed at meeting the needs of the developing Polish economy and providing generations of graduates with challenging new career opportunities in both engineering and management.

Development of a high-level managerial education in technical universities is a worldwide phenomenon. On one hand, managers need more skills in the area of modern technology. On the other hand, engineers need more knowledge of economics and management. WUT Business School offers all these features in its programmes. The graduates of the School are well educated and well equipped to deal with the problems of the modern, complex world. Thanks to this knowledge and skills, they are perfectly able to compete successfully in the big market created by the enlarged European Union. I would like to congratulate WUT BS on all its remarkable achievements and wish good luck in the years ahead.”

Here 19th-century tradition encounters the vision of the future information era. Here 30 000 students meet 2500 academics to learn from them not only technological creativity but also universal human values. Their career choices vary from architecture to business and management, from mathematics and computer science to biotechnology and environmental engineering, from applied chemistry to geodesy and transport; but their life goals are common: to meet the challenges of a changing world. Due to the huge investment and restructuring efforts accomplished during the last decade, Warsaw University of Technology is now able to offer not only a rich spectrum of standard ways to engineering careers, but also for the most talented youth individual path of accelerated development enabling, graduates to reach the most prominent positions in science, technology and management.