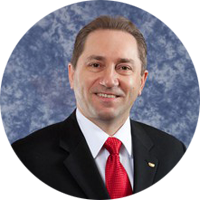 Zbigniew J. Traczyk has over 20 years’ experience in project and program management. He is currently managing a portfolio of IT projects leading regional integrated technology services delivery at IBM in 15 countries. He is an active PMI member, PMP credential holder and currently a member of PMI South Florida, New York City and Poland Chapters. Mr. Traczyk in his professional career managed many various complex, international projects in the financial, telecommunication and public sectors.

Mr. Traczyk holds a master’s degree in electronics engineering, an MBA from Henley Business School (UK) and a master’s certificate in project management from George Washington University. He graduated from the PMI Leadership Institute Master Class in 2008 and is an IBM-certified senior professional and project management profession leader.

A PMI volunteer leader for past 10 years, he is currently a member of the Chapter Member Advisory Group. In 2007-2010 he served as PMI Mentor in EMEA. In 2005-2006, he was a member of the PMI Ethics Standard Development Team contributing to the PMI Code of Ethics and Professional Conduct. Mr. Traczyk provided leadership on the PMI Community Transformation Project in 2005-2006 as a steering committee member. He took a leadership role in strategic alignment scorecard development with the concept of core and extended services, and contributed to the chapter-with-branches model, leading the first pilot implementation.